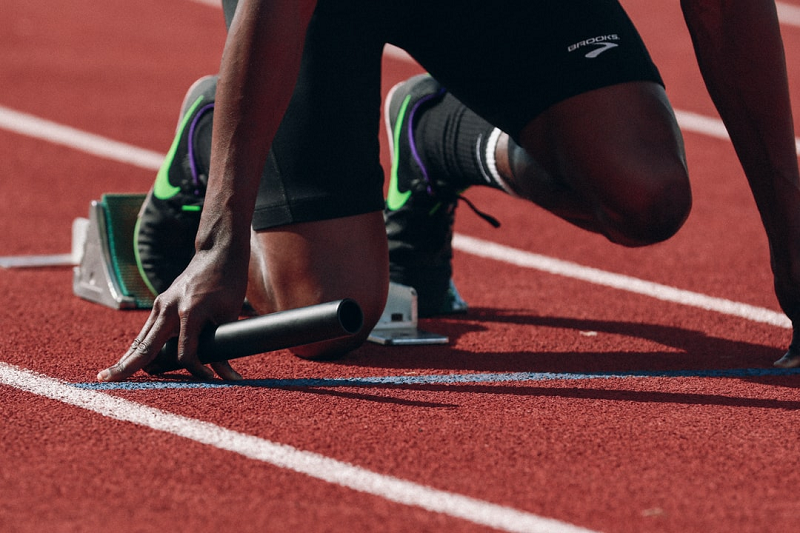 Artificial Intelligence (AI) is no longer science fiction; it’s here today, and it’s here to stay. It is in the products you use every day: home automation, digital assistants, and credit card fraud detection, to name a few.

AI will affect all businesses in the near future, and the impact will be significant. The only remaining question is: how do I get started?

There can be a steep learning curve when first using AI. There are three reasons for this:

Yet, by carefully considering these ideas, everyone can succeed in using artificial intelligence.

When we first start working with artificial intelligence, it’s easy to make assumptions about how it works. Here are five common, but faulty, assumptions we should avoid.

We expect an artificial intelligence to be able to do the same things a human can do. Said another way, what’s easy for humans should be easy for a machine. A human can see an object on the ground and pick it up. However, this is a very challenging task for a machine. It must see the object, understand what it’s seeing, determine how the object will react when it is manipulated (will it deform, is it rigid, etc.), and then decide how it’s going to act. You can see this process in action with this video of a towel folding robot. Keep in mind it’s sped up 50x, so the robot takes close to an hour to fold two towels.

Amazon had to deal with this same assumption when building its warehouses. Machines do what they are good at (heavy lifting, transporting shelves around the warehouse quickly); humans do what they are good at (verifying the items brought to them, making in-the-moment decisions). The key is to recognize a machine’s strengths and a human’s strengths to build a system that complements both.

2. AI understands the context in which it’s being used

An AI only understands the context (inputs), it is given and nothing more. One such example is IBM’s Watson. Watson was specifically built to compete on Jeopardy. However, it wasn’t told the category for each clue, which sometimes caused it to answer wrong. Watson was missing that critical piece of context.

Another example is when a research team built an app to determine whether an image was of a wolf or a dog. While It seemed to work, it was actually detecting snow versus grass. Because most of the input images of wolves were in the snow and of dogs were in a park, it had learned the wrong concept. While humans intuitively know that we want to differentiate the animal in the picture, and not the background, the AI did not since it was not told the context of the problem. In the end it was a snow detector rather than a wolf detector. The solution was to remove the background of every photo; thereby the AI learned what was important (the wolf or the dog).

3. Automation is an all or nothing proposition

It is natural to think that if we’re automating a process, we need to automate the entire process; otherwise, it’s not worth the time or effort. But that’s not always an efficient use of humans or machines. As we saw in Faulty Assumption #1, supplementing a machine’s capabilities with the human’s abilities is the best of both worlds.

In the medical field where accuracy is essential, it’s been found that a combination of doctors plus AIs have a better rate than either have by themselves:

Our study found that AI detected pixel-level changes in tissue invisible to the human eye, while humans used forms of reasoning not available to AI. The ultimate goal of our work is to augment, not replace, human radiologists.

And of course, a cancer diagnosis (or non-diagnosis) is better delivered by a human who can empathize with the patient.

AI in their pure mathematical status should be unbiased, but that is untrue. As we saw in Faulty Assumption #2, the wolf detector had biased input data, so it was answering the wrong question.

When humans are involved, it is easy for their biases to be present in the input data they gather. Algorithms themselves do not have bias; however data does. So, if the input data has biases, then the AI will have biases. We must be careful to guard against this by training the AI on data which is representative of everyone who could use the system.

We tend to believe the “intelligence” in “artificial intelligence” is the same as in “human intelligence”; that an AI goes through the same thought process as a human to get to the solution. But AI approaches problems differently than humans. It is made up of a pile of algorithms and it follows those to a conclusion. It might be the same conclusion that a human would make, but how it arrived at that conclusion is very different. This distinction can be a great advantage. Computers can be unconstrained from past knowledge and strategy, and therefore really challenge how humans think.

For example, the game of Go is a strategy board game, much more complex than Chess. It has been around for thousands of years and in that time, humans have established strategies for play. Google’s AlphaGo changed the way humans look at the game when it won a match against Lee Sedol, one of the world’s top players, by making a completely unexpected move. AlphaGo never would have made this move if it had stuck to conventional human strategies, but it was unencumbered by the past and came up with a new way of ‘thinking’ about the game.

An iterative and experimental process

Along with the assumptions, it’s important to approach the development of artificial intelligence in an iterative fashion, with an experimental mindset.

We have found that development typically follows an S-curve with 3 distinct phases. 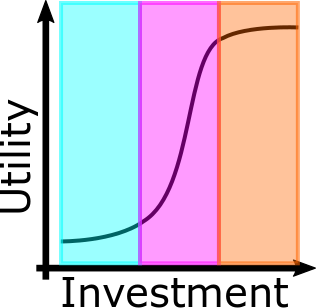 First, the feasibility phase (highlighted in blue). The goal of this phase is to determine if it can be done at all. Can we build Data from Star Trek? No - and we can find that out quickly. If this problem inherently can’t be solved, the curve will remain flat. If it can be done, the S-curve will start to form.

Second, the initial development phase (highlighted in purple). The goal of this phase is to determine if we can afford to build it. If the curve starts to rise sharply, we’re on the right track. This probably involves trying several different techniques and approaches to see what tradeoffs each have on this specific problem (see the next section for more on that).

Lastly, the polish phase (highlighted in orange). The goal of this phase is to determine if it’s ready to release. In this phase, the major development is finished; it’s just finishing those last bits of fine tuning and putting the finishing touches to ensure the product is ready to be used. While seemingly simple, it unfortunately takes a lot of time, leading to the level off of the curve. As a result, it’s up to you to choose when the product is ready for release. There’s no right or wrong answer, rather the question of: is this good enough for my purpose? If so, then it’s ready to go!

Admittedly, there is one more phase after the polish phase that is rarely considered: maintenance. Maintaining the system: knowing when to retrain, when to update the algorithm, what data to keep or throw away, also requires time and effort. Just like in the polish phase, these questions have no right answer. It’ll be your choice when to do further maintenance and when it’s enough for your purposes.

There’s one more term to define: explainability. Explainable artificial intelligence is when the AI system produces a solution understandable by a human expert (and ideally even a layperson). Furthermore, how the AI arrived at that solution can be understood. Contrast that with the concept of “black box” AI where even the system’s designers cannot explain why the AI arrived at a specific decision.

Why does explainability matter? 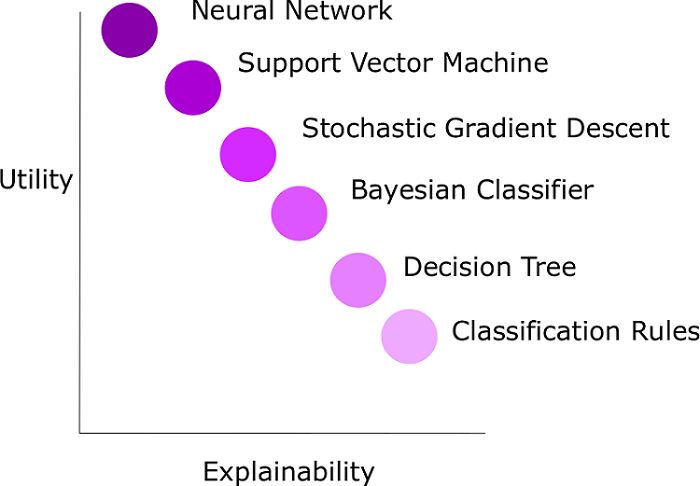 So, what’s the tradeoff? Well, per the picture above, in general the more powerful the AI technique, the less explainable it is. This is not an exhaustive list of AI techniques, nor is this rule universally applicable. But it is consistent enough that we need to be careful of it. There is a lot of ongoing research in this area.

Now, not every AI system needs to be explainable, but that decision must be deliberate. Think of explainability as a non-functional requirement to be explored in the feasibility phase of development.

It may seem like a lot to think about, but in the end there’s only a few core ideas to remember:

When we accept that we need to take an experimental approach to building AI, that failures will happen, and constantly improve iteratively, success will come with it.